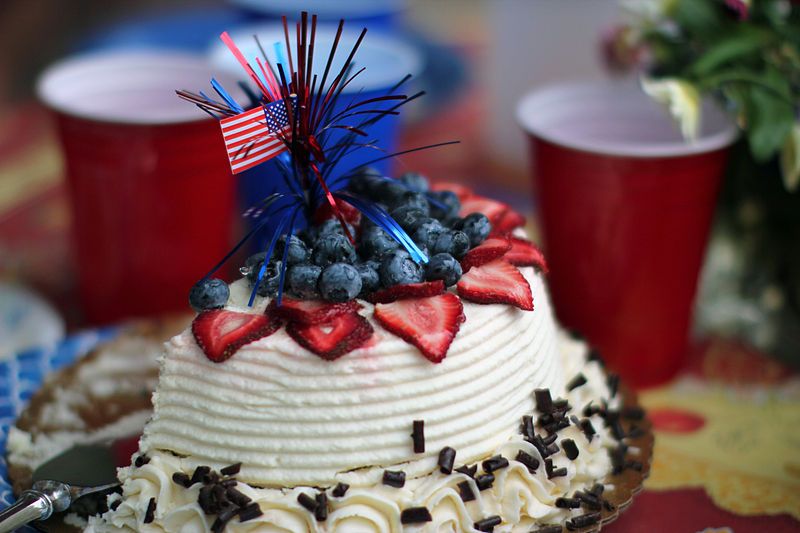 It is the day we set apart from all others, to honor the anniversary of the birth of our nation.
It is the day America declared our Independence.  Wishing you all a safe, happy and healthy day of celebration!

On July 4th, 1776, America started an insurrection against the king. Thirteen years before, back in 1763, England instituted a series of taxes and policies that not only hindered trade and economic growth in the colonies, but without representation in Parliament, also violated their rights as English subjects.

It took the early Americans 9 years to understand the futility of appealing to England, all the while enduring the heavy hand of the king. Committees were formed in 1772, exploring options for a Congress of our own. Our first Continental Congress convened in 1774. The following year, 1775, our Congress was declared traitorous and British troops, sent to quell the uprising met resistance from the colonial militia and the Revolutionary War began.

One year later, representatives from all 13 colonies voted unanimously to adopt a Declaration of Independence and break free from the yoke of England.

It took another 7 years of fighting until in 1781, when America claimed victory and in 1783, the Treaty of Paris was signed acknowledging America as an independent nation.

Although the Congress voted on the 2nd, it was two days later, on July 4th, 1776, that America formally and boldly proclaimed to the entire world that we would no longer consider ourselves subjects of the British Empire.

The text of our Declaration of Independence was finalized and approved that very day.

So each year, what we celebrate for one day, on July 4th, was in truth, a 20 year struggle for independence.Our Declaration of Independence stands today as one of the most profound declarations ever written.

Perhaps the most famous line from the Declaration of Independence is . . . .

“We hold these truths to be self-evident, that all men are created equal, that they are endowed by their Creator with certain unalienable Rights; that among these are Life, Liberty and the Pursuit of Happiness.”

For most Americans, these are the most powerful words in American history. This is what the Founders wanted the meaning of Independence to be. The idea behind these words provocatively asserted that the rights listed are not now, nor have they ever been, granted by the throne, the Parliament, or any other ruling body of mankind’s making. While we may take those words for granted, back in 1776; they were earth shattering.

Never before in the history of the world was the idea of personal rights and freedom for all men been given such a stage. Up until this time, all rights were ‘granted’ as favors from the king or leader and could always be revoked should favor turn from you.

This idea of unalienable rights, this marvelous truth, that we hold so dear, was mocked and ridiculed by the entire known civilized world. We were hated for it from every corner of the globe. In fact, America is still hated for it in many places.

This one line in our Declaration of Independence paved the way for every single law on the books today. It holds the basis for our Separation of Powers and all three branches of government. It is also the foundation of the civil rights movement.

The dream of a free and equal people burned brightly in the hearts of men back in 1776. The love of this country by Americans should never be in doubt. The love of freedom is expressed everyday by Americans who love this country and the principals of individual freedoms that it represents. This hard fought freedom, this grand Independence, is what we hold dear and what the meaning of the 4th of July truly is.

It takes real character to continue with this dream today. Once solid lines of right and wrong are now blurred in Washington and corruption has certainly found its stronghold, which diminishes much of the glow of that dream. But it is within us, the people, where this dream now resides and here is where it can shine the brightest

Granted, it is just a flag. But it is the flag that represents the people of this country. Old Glory is a symbol of us. America is us. We, the people of the United States of America are what make this country, not the borders or the land, not the law or our property, not the government or the entitlements, just us. If we do not support our flag, then we do not support ourselves. Is it really that hard to pledge your loyalty and allegiance to America, to honor the flag and the people it represents?

Recognize that Americans fought hard, and far too many died, to gain these rights for us and that we have men and women fighting even now, to keep these rights secured. We should not be so willing to overlook the struggles of those first Americans, nor think that their words and actions came easily or without the considerable thought to consequence.

May God Bless the USA!